Maurice Prendergast was never a true Impressionist, but he had distant affinities with the movement - he was considerably influenced by Whistler, and by a lesser known figure named Charles Conder, who when very young was one of the "Heidelberg School" painters of tonal impressionist landscape in Australia, but by the early 1890s was painting decorative pictures in Paris.

Prendergast was born in St. John's, Newfoundland, but grew up in Boston. He first visited Paris in 1886, and returned there in the winter of 1890-91, staying three years and studying at the Colarossi Academy and the Academie Julien.

By then, of course, Impressionism was a completely established and accepted style in Paris, and the new tendencies with which alert art students had to contend were Symbolism, Neo-Impressionism - Seurat, Signac, and their followers - and the work of Gauguin, Bonnard, Vuillard, and the circle of the Nabis or "Prophets," such as Serusier and Maurice Denis. Prendergast enthusiastically absorbed their basic doctrine that a painting, before representing anything, should be perceived as a flat surface covered with ordered patches of color. He wasn't much interested in Impressionist "atmosphere"; he evolved a brilliant, sparkling watercolor technique in which the surface became a mosaic of rotund, swirling forms, laid close side by side, with deep perspectives that nevertheless had an air of frontality. 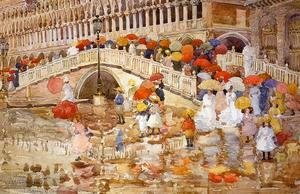 Umbrellas In The Rain 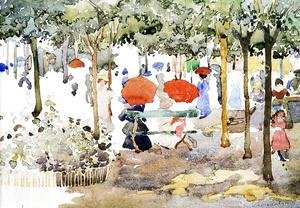 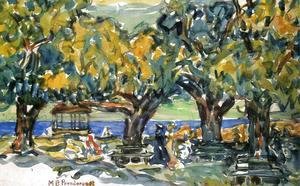 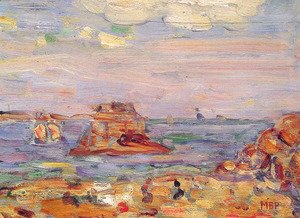 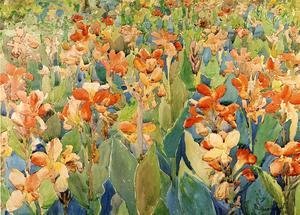 Bed of Flowers (also known as Cannas or The Garden) 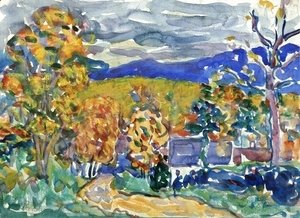 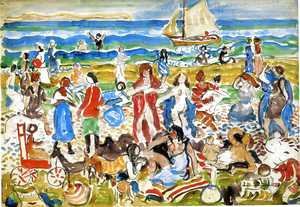 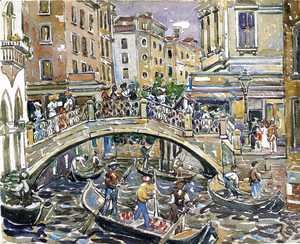 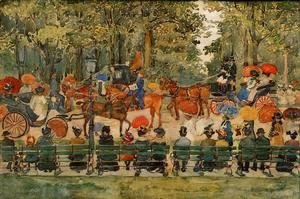 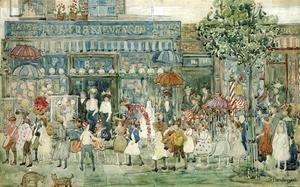 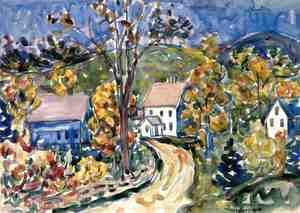